This is an abbreviated version!
For detailed information about malyl-CoA lyase, go to the full flat file. 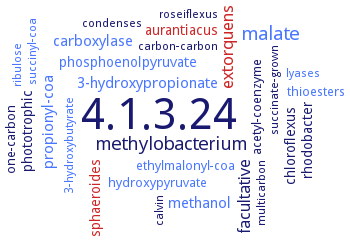