This is an abbreviated version!
For detailed information about acetaldehyde dehydrogenase (acetylating), go to the full flat file. 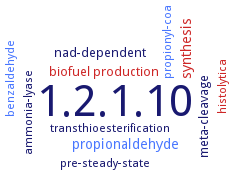 1.2 Acting on the aldehyde or oxo group of donors