This is an abbreviated version!
For detailed information about toluene dioxygenase, go to the full flat file. 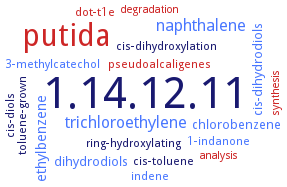 1.14.12 With NADH or NADPH as one donor, and incorporation of two atoms of oxygen into the other donor